The word oboe comes from hautbois, which is a French word meaning “high wood.” The first oboe was seen in France about 1660. It is made of wood or ebonite. The 21-inch long oboe is a “double reed” instrument.

The double reed consists of two pieces of cane carefully carved and fitted together to vibrate against each other. From a distance, the instrument looks very much like a clarinet except for the double reed.

The oboe is a very challenging instrument to play because of the difficulty of producing a good tone. The sound is made by the vibration of air between the two narrow reeds, which gives it a very plaintive sound. The reed must be soaked in water before it will produce a musical sound. Notes are changed on the oboe by a key mechanism which includes two octave keys.

Because the oboe has a very stable pitch, it is a very reliable source for the tuning of the orchestra. The orchestra tunes to an “A” sounded by the oboe player. There are usually two oboes in the orchestra. Often composers will write for the oboe’s cousin, the English horn. 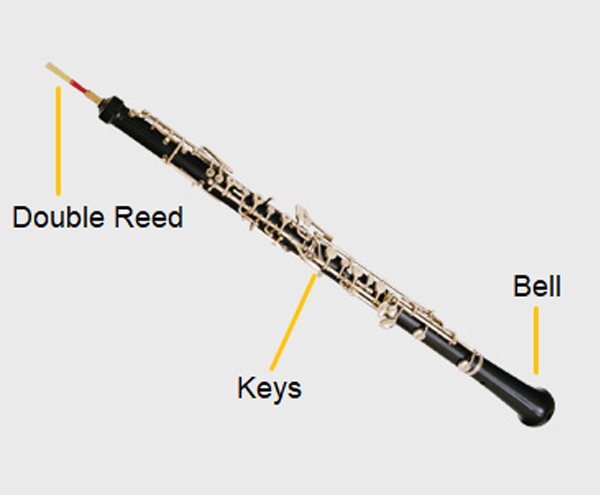