The cello plays even lower than the viola—a whole octave lower. To support its longer strings, the body and neck are more than twice as big as the viola, which is too big to support on one arm. Cellists sit down and rest the instrument upright against their bodies. They use the endpin and their knees to keep it in place. The endpin pops out of the bottom of the cello and sticks into the floor to balance the instrument. The bow is held in the right hand and drawn back and forth across the strings. Pitch is changed on the cello in the same motion as on the violin and viola. Modern orchestras can have as many as ten or twelve cellos to make up the section.

Back in the 1500s, the cello was invented as a very large version of the violin. About a hundred years later, a violin maker named Antonio Stradivari started making cellos that stood upright, like the modern cello. 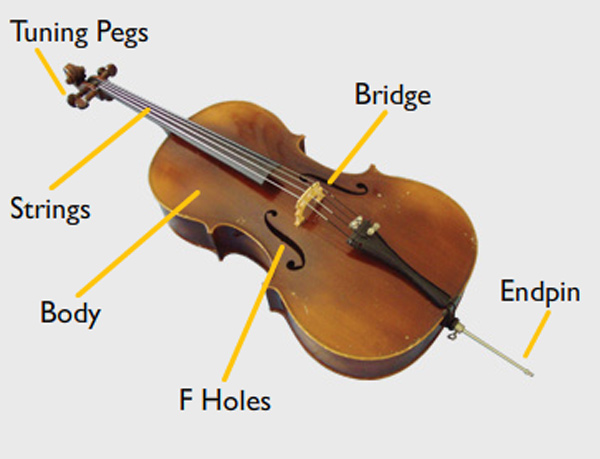