One of the earliest instruments known to man was the flute, used in Egypt over 4,000 years ago. Originally, flutes were made of bone or wood. Today they can be made of wood, silver, gold, platinum, glass, or alloys. The player fits three hollow tubes together to assemble the flute.

The flute is the only woodwind instrument that does not use a reed. Its sound is produced by blowing across the aperture (open hole) on the mouthpiece, sort of like blowing across a soda bottle.

The flute has a wide range of tone and pitch. The flute often plays very technical solos as well as long lyrical passages. The sounds of the high notes are high and bird-like. It is capable of very fast runs and trills, and is often featured as a solo instrument.

Orchestras usually have two or more flutes. The flute’s highest notes carry over the whole orchestra, and because flutes have so many keys, they are very good for playing quick scales and other fast passages.

An even higher-sounding instrument is the piccolo, a very small flute. 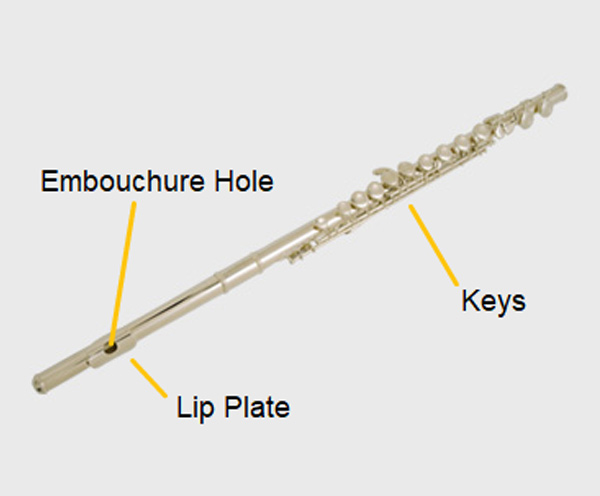