The harp is one of the most ancient instruments in existence. It is thought to have been around for over four thousand years. The modern harp measures about six feet high, has 47 strings, and seven pedals which control the pitches of the strings. The harp is played with both hands using four fingers from each hand – the thumb and first three fingers.

Harpists can play individual notes as well as chords, but they usually play the notes of a chord in rapid succession instead of all at once. This technique is also used on other musical instruments and is called an “ arpeggio,” which means “played like a harp.” 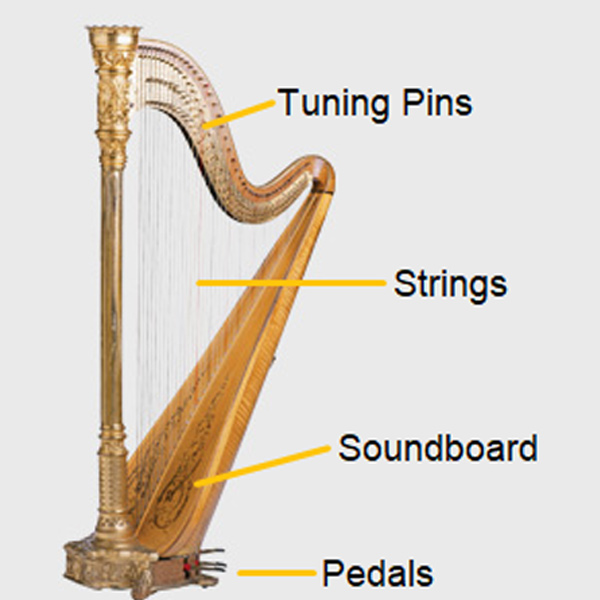