The triangle is a simple steel rod bent into the shape of a triangle. While the triangle is among the smallest of orchestra instruments, it has a very clear and shimmering sound that cuts through even the loudest music.

The triangle’s pitch is not distinct, and the tone varies according to how hard you strike the surface.

The triangle is either held in one hand suspended on a cord or hung on a stand. Its beater (the stick with which it is played) is made of tapered steel. The triangle-shaped rod is only a half-inch wide.

Triangles come in several different sizes; each side of the triangle can be from about four to ten inches long. Big triangles are louder than little ones and each one has its own distinctive timbre. 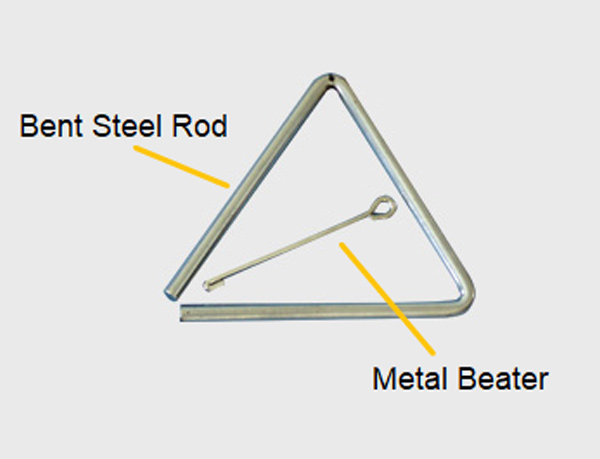