Although the trombone is a loud and brassy-sounding instrument, it has a deep, rich, full sound, the sound of grandeur and nobility. The trombone is the tenor voice of the brass section. It was first seen in the 15th century, making it the oldest instrument of the modern brass family. Today it also plays an important role in jazz music.

The trombone is made of brass and uses a mouthpiece. The trombone is the only member of the brass family that does not have valves. It produces notes by a slide, which is actually two brass tubes which fit into each other. The player moves the outer one in and out to change the pitches. The pitch changes according to the length of tubing the air passes through, from the player’s lips to the bell at the other end of the instrument; the greater the distance the air travels, the lower the pitch. This makes it challenging to play smooth and fast but it allows the trombone player to slide over many notes, which is called a “glissando.” 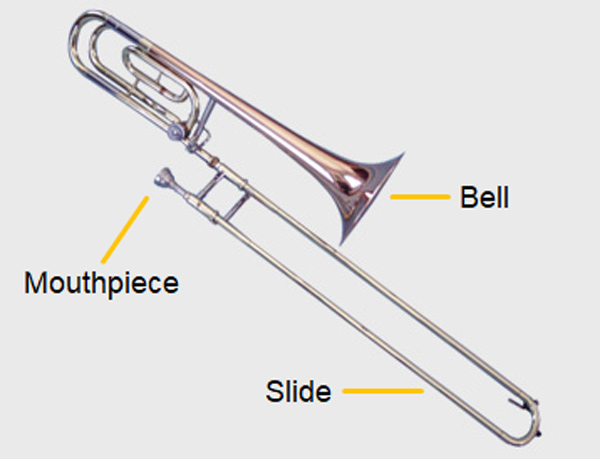